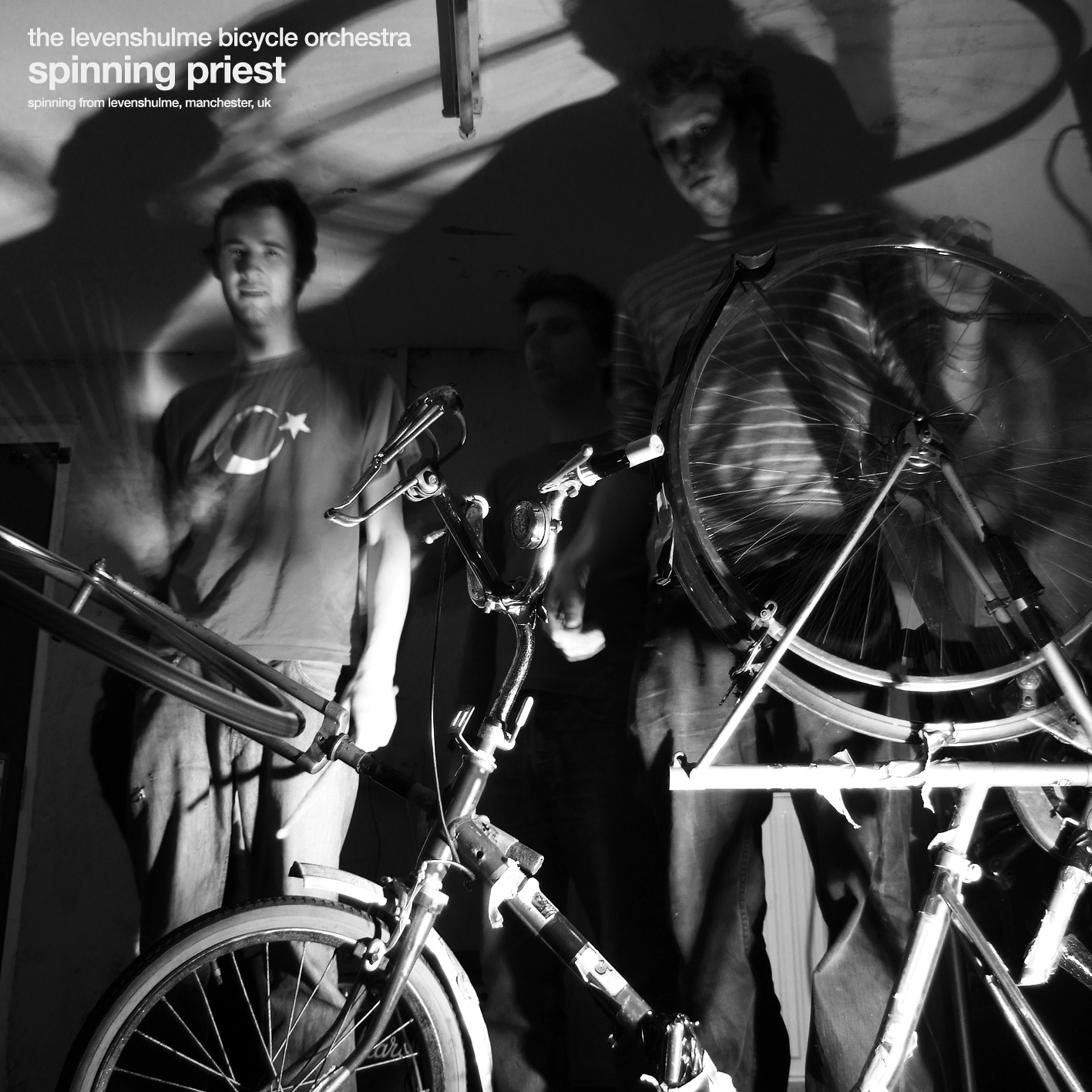 by
The Portland Bike Ensemble / The Levenshulme Bicycle Orchestra THE PORTLAND BIKE ENSEMBLE:
The Portland Bike Ensemble plays free improvised music on amplified bicycles. Based in Portland, OR. THE LEVENSHULME BICYCLE ORCHESTRA:
The Levenshulme Bicycle Orchestra is a mutating mechnical monster sprawling through the post industrial wastelands. Formed in 2005 from a variation of previous works and collaborations the orchestra comprises of four musicians exploring the boundaries of what it is to play as a band. Having built a reputation for intense, mesmorising and occasionally limb tearing live shows this the Orchestra's first recorded output. In the words of Owen Thomas:
"As for the Levenshulme Bicycle Orchestra (drums, bass, vocals, overhead projector, post-it notes, CDRS and bicycle), it is beside the point to analyse with hindsight. Unrelentingly experimental, their performance was visual and theatrcial as much musical, embodying an almost Dadaist approach to spontaneous creativity which was child-like in its exuberance, playfulness and wandering sense of purpose"